He’s 83. She’s 84. And they have become an INSTAGRAM sensation modeling laundry left behind in their Taiwan laundromat according to an article by Chris Horton in the New York Times.

Mr. Chang and Ms. Hsu demonstrate that funky fashion and cool style needn’t be expensive or restricted to the youthful cohort. And they make you look at your LOCKDOWN laundry basket with fresh eyes! 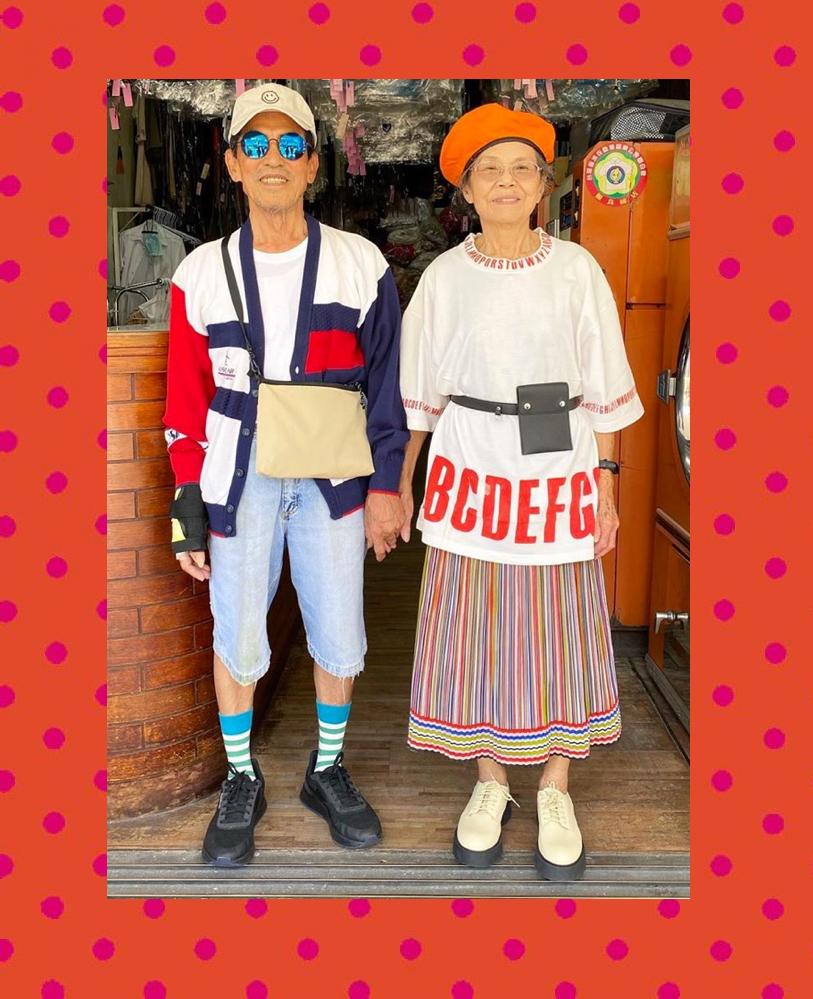 While riding her bike around the streets of  New York  and  dressed-to-amaze,  66-year-old Tziporah Salamon once had a friend call out when she was stopped at a light, ‘I want to be you when I grow up!’

According to the SMH Salamon has ‘modelled in a 2012  advertising  campaign  for Lanvin, starred in the 2014 documentary Advanced Style, and has recorded her unique approach to getting ready in a new book, The Art of Dressing: Ageless, Timeless, Original Style’. Her book includes interviews with 10 other women over 50 whom  she  finds  inspiring.  Enough said, here is some of Salamon’s zany style. 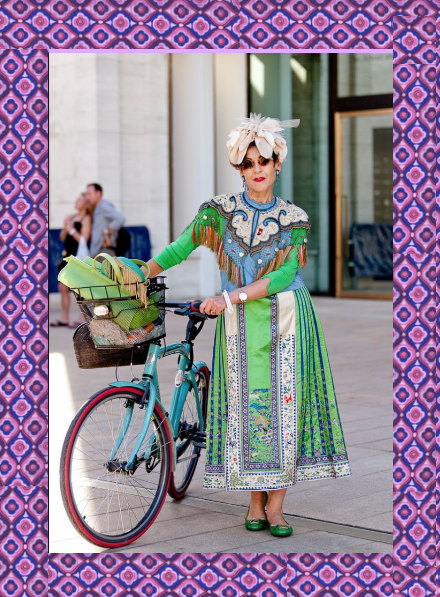 Gloria Steinem, feminist icon, founding editor MS magazine, social activist and commentator is currently on tour in Australia. In an article titled Gloria Steinem at 82: a hopeless hopeaholic always on the move by Susan Wyndham (18 May 2016, SMH) Gloria claimed she will have to live to 100 years of age to keep up with her current commitments.

‘On her to-do list: help get Hillary Clinton elected as US president (“I think she can win and she has to win”); introduce a Vice series of documentaries on violence against women around the world; consult on an HBO TV series about Ms, the feminist magazine she co-founded in the ’70s; work on a one-woman theatre show in which actor Kathy Najimy plays Steinem and the real Steinem joins in for an audience Q&A.’

We, The Sibyls, salute Gloria Steinem for her lifetime involvement in social reform and her continuing commitment to improving the lives of minority groups and the disadvantaged. She has been politically active for over 50 years and an inspiration for generations of women. Now, at 82 years of age, she is a role model for older women. She is an articulate, intelligent and vital life force, who demonstrates how much can be achieved at any age by anyone willing to put up their hand and become involved.

This is the Funky and Fabulous Jules at WOMAD 2015. She caught my attention because she radiated such a positive vibe. But she had a story to tell. Jules started a Chemo regime of treatment every two weeks – 6 months ago. She was heading back into ‘the chair’ the day after this photograph was taken. She is an example to us all. Grab life now. Celebrate now. Non of us know the future.

We, The Sibyls, thank Jules for sharing her positively contagious spirit and wish her a speedy recovery.

Who could have ever have predicted that when recycle bins were installed in homes and offices all over Australia, the future creativity of the nation would be under threat! Don’t get me wrong. Recycling is the right thing to do for the planet and, I can tell there has been a huge change in social behavior because early childhood settings all over the country are suffering from a lack of cereal boxes, toilet rolls, milk cartons (remember them), egg cartons, corks and the like!! All of which are ‘gold’ to the imaginations of our youngest innovators.

A natural part of how children learn is to make sense of the world they’re experiencing by re presenting their thinking. That’s why they pretend to be someone they’re not (dramatic play), use bananas as telephones and understand that 3 cereal boxes and 2 toilet rolls is really a robot. Without ready access to a range of discarded but potentially fabulous resources, children will miss out on opportunities to be creators and innovators.

What used to go to preschools and schools as ‘junk’ and was transformed into amazing creations, now ends up in recycle centres to be turned into toilet paper, envelopes and tyres. Early years settings are crying out for recycled goods. I have seen teachers guiltily deconstruct a mermaid that didn’t go home with its owner, to recycle the recycling!! Without the ‘junk’ the alternative is pressure to purchase pre packaged expensive bags of coloured sticks, straws, feathers and sequins or alternatively, pre packaged expensive natural materials. Either way children need to and will be creative.

In northern Italy, the city of Reggio Emilia, well known internationally for their early childhood centres, has developed Remida, a centre for organizing and displaying discarded materials to be used as creative resources. Schools can go there and stock up on all kinds of interesting recycled materials, which then get translated into the most amazing creations. There is an endless supply because businesses and industries work in partnership with the city and recognize the importance of the creative process in learning. I’m wondering, is it possible to use face book and social media to influence another change in social behavior –putting in a ‘create and innovate’ step before the recycle depot.

Once at kindy, a child had a plaster cast on his leg. At the same time there was a young boy who didn’t speak. This boy went to the never ending supply of ‘junk’ material, found two milk cartons, cut the bottoms out, opened out the tops and then placed a carton on each leg. That ‘spoke’ to me. It told me this boy wanted to know what it felt like to walk with plaster on his legs. I’d say I was seeing empathy- wanting to understand from another’s point of view. If there wasn’t access to the recycling, I might never have known that about the boy who didn’t speak.

So…tip out the recycling, re badge it as ‘the creative station’, throw in scissors, tape and a glue stick and watch what the kids do!! Or, bundle it up and take it (washed and sorted) to the local early childhood centre or school. The children of Australia will be extremely createful!!

Also check out: how a child’s creativity and imagination helps them deal with anxieties and phobias.

Penny Cook has been an early childhood educator for over 30 years. She loves to travel  – anywhere. Penny is a mother and ‘Nan Pen’, who is continuously fascinated and amazed by her two young grandchildren.  She has always wanted to live in  a tree house by the beach …..it’s never too late!!